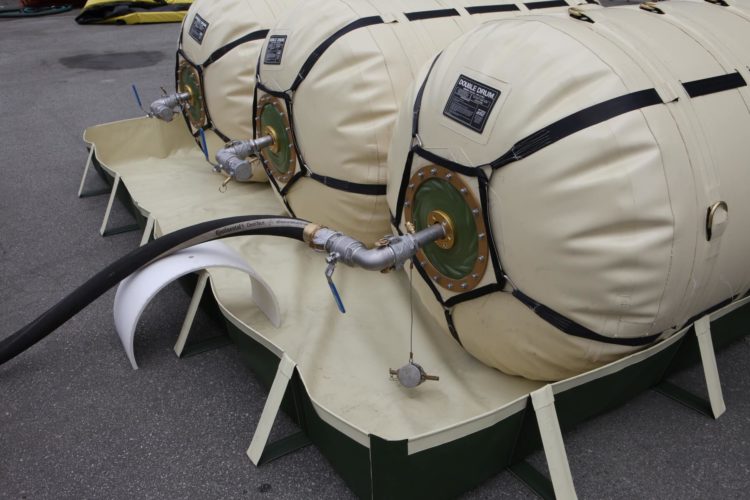 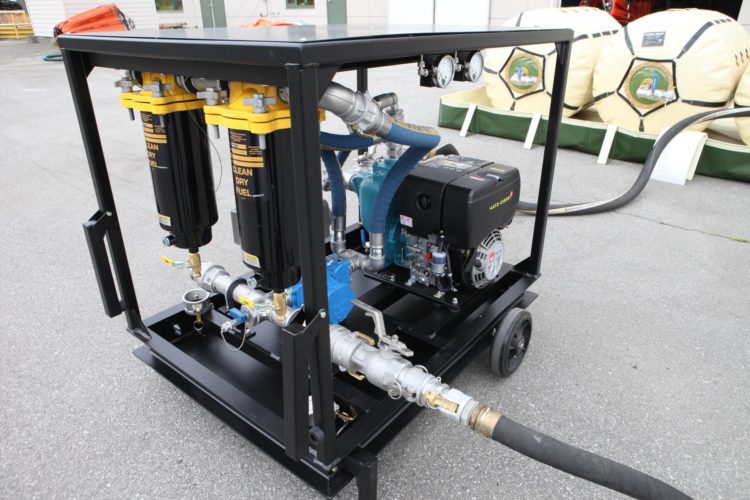 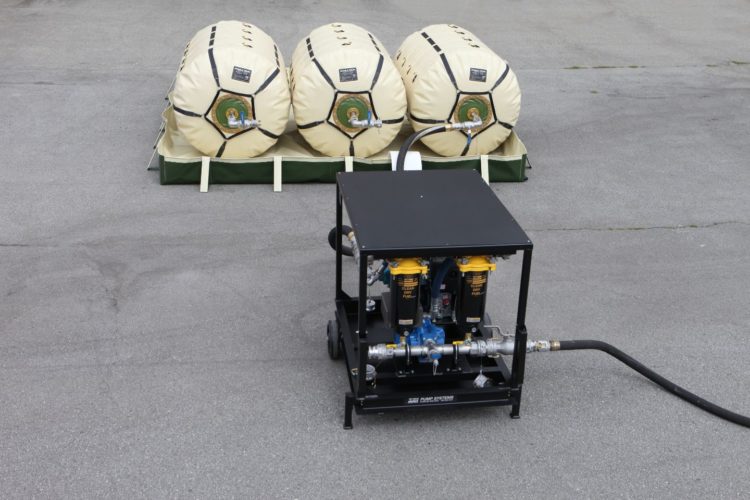 A Forward Arming and Refueling Point (FARP) is designed to provide fuel and ordnance necessary for highly-mobile and flexible helicopter and fixed-wing operations. The size of the FARP varies with the mission and the number of aircraft to be serviced.

Some common design challenges for FARPS include the following points:

Our FW-FARPs rely on SEI’s Bulk Aviation Transport Tanks (BATT) to transport bulk liquid fuels to forward areas from an FBO. The BATT is a double-walled collapsible fuel bladder that is designed to be installed inside the fixed wing aircraft. It utilizes the aircraft’s existing tie down hard points to secure the tank to the aircraft.

The BATT has baffles inside the inner tank to minimize liquid surge and a built-in harness system on the outer tank to secure the BATT to the aircraft. The BATT can be installed in minutes, allowing the aircraft to maintain its multi-mission role. Depending on the size of the BATT, the aircraft can carry fuel and refueling equipment in a single trip to rapidly establish a new FARP.

Once the aircraft carrying the BATT arrives on scene, fuel is then pumped from the BATT to collapsible fuel storage tanks on the ground. In some cases, a palletized BATT can be used. In these operations, the BATT is strapped to a standard 463 L pallet and the whole pallet is dropped off with the BATT full of fuel.

Once the fuel is transferred to the static storage tanks, the aircraft can return to the FBO for more fuel or can be quickly converted for other missions.

Each FW-FARP can be customized to an aircraft platform and may include:

RW-FARPs are designed around helicopter assets that offer vertical take-off and landing (VTOL) capabilities. These systems may utilize underslung tanks such as the Fuel-Easy or the Double Drum or a Bulk Aviation Transport Tank (BATT) to provide bulk fuel to the FARP.

If Fuel-Easy or Double Drum tanks are utilized, they may be dropped off full at the site by the helicopter without landing. They can also be used as temporary static storage tanks.

Typically, these systems include multiple tanks so replenishment can continue, as one tank is used at the FARP, a second is being filled at the FBO and a third is in transit to or from the FARP. Helicopters transport the empty tanks back to the FBO as underslung loads or the tanks are collapsed and carried back as cargo.

If the BATT is utilized, the fuel is pumped from the BATT, installed inside the aircraft, to collapsible fuel storage tanks on the ground. If the BATT is used, the helicopter must land to defuel the BATT.

Each RW-FARP can be customized to a helicopter type and may include:

SEI is capable of customizing each FARP with the goal of maximizing fuel delivery to forward areas based on different aircraft configurations. Common off-the-shelf components are used in modular refueling system designs that are compact, lightweight, portable and durable.