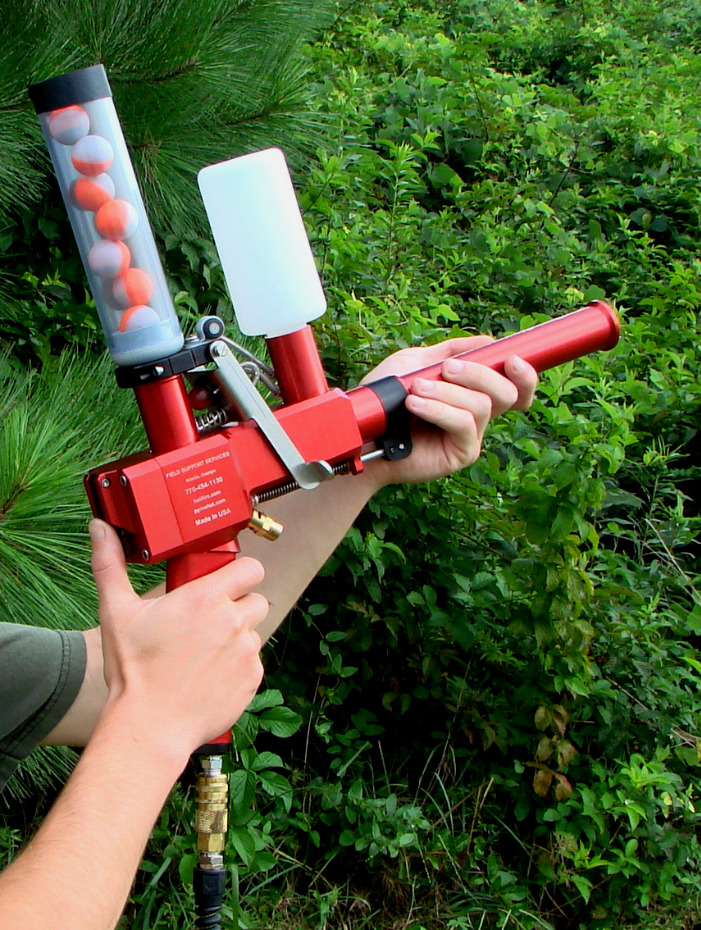 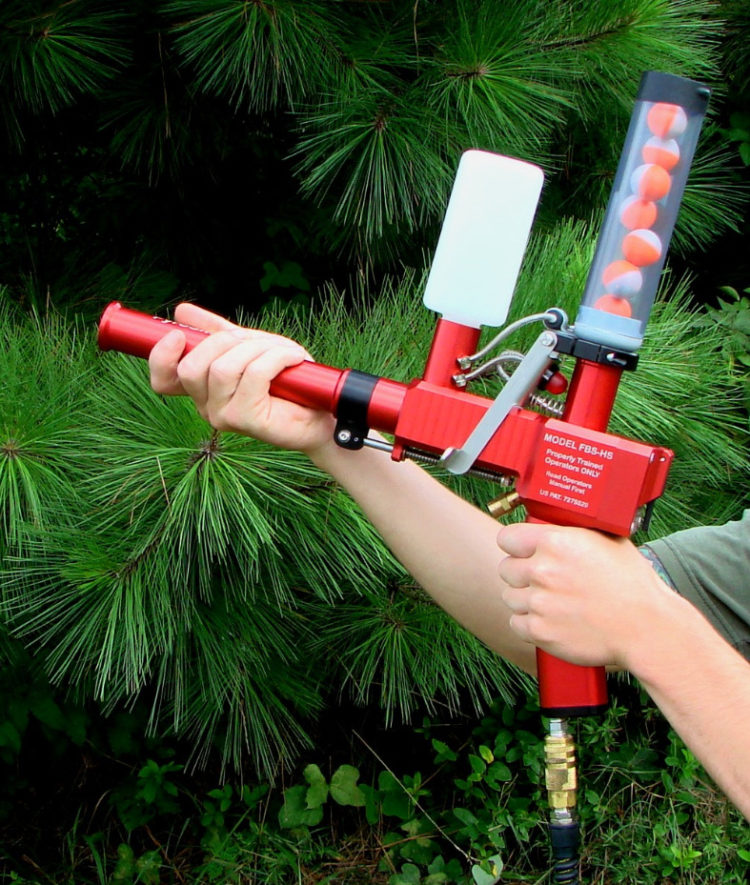 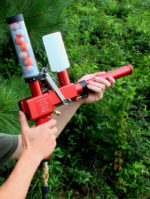 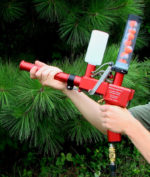 The primary function of the Pyroshot HS is to replace the use of drip torches for ground ignition operations. It’s a labor-saving, barrier defeating device – designed to allow the operator to place spot fire at a location that may be difficult or impossible to do with a torch. Ditches, canals, creeks, bogs, briars, fences, thickets and deep drainages are just some of the terrain features that the Pyroshot HS can help you avoid entering but still ignite.

Since there is no open flame, the Pyroshot HS can safely be used in areas where a drip torch may present a hazard and it can launch from a variety of platforms. ATVs, four wheelers and airboats have already been used to dispense Dragon Eggs using the Pyroshot HS.

In response to customer feedback, the Pyroshot HS allows the operator to reach far greater distances by using compressed gas to propel the spheres up to 100 yards.

The gas can be compressed air but is more commonly carbon dioxide as this is readily available in a variety of small cylinder sizes. By regulating the pressure of the propellant gas and changing the angle of the barrel, the operator can control the distance.

The Pyroshot HS has two handles that resemble the prohibition-era Thompson machine gun. To fire the launcher, the operator first pulls back on the front handle to inject the sphere with reactant. Then, the handle is pushed forward to retract the needle and allow the sphere to drop into the barrel. The handle is then pulled back again to close the barrel and the trigger is pulled.

The extended range of the Pyroshot HS can easily match the distance of a flare gun. With a 12Ga flare selling for 20 times the price of a Dragon Egg, the savings on consumables can soon pay for the purchase of the launcher.

This new hand-launcher is extremely cost-effective in Rx fire applications. At 25 cents per round, this launcher is less than 4% of the cost of the cheapest flares per shot.

Areas, where flares have not been cost-effective, can now be burned using this new launcher. Large drainage areas can also be burned without anyone leaving the safety of ridges. In some cases, aerial ignition of some smaller hard-to-reach spots may no longer be necessary.

More than two years of field testing on the Pyroshot product line was conducted in the US on prescribed burning and wildlife habitat restoration activities with very good results.

Like the Green Dragon, the Pyroshot product line is being co-developed by SEI Industries and Field Support Services of Atlanta, Georgia, USA.