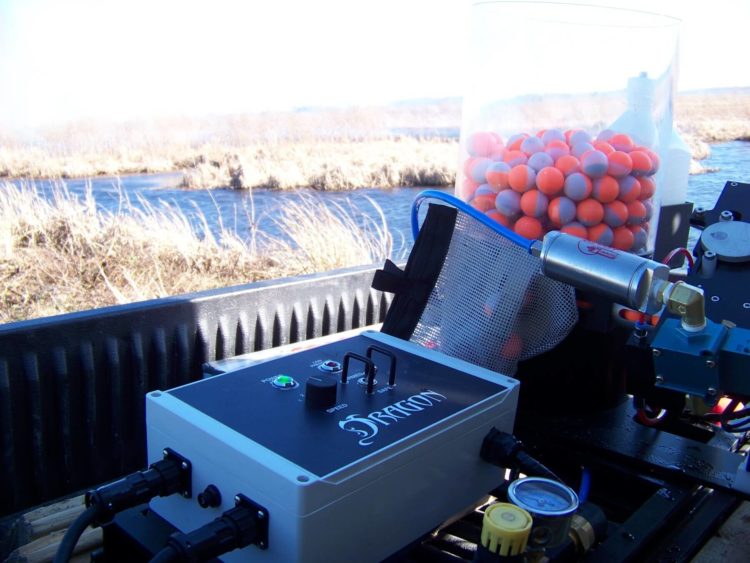 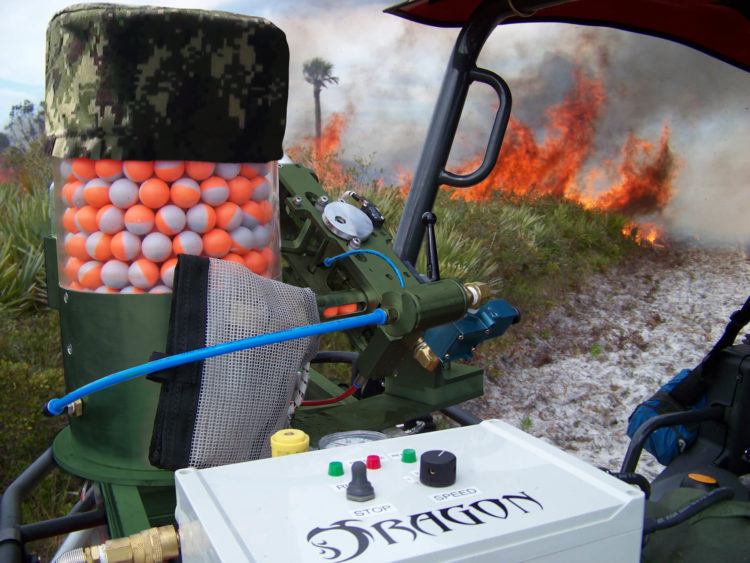 Revolutionary new ground launcher for use in controlled burns

The Green Dragon is an automated ground launcher designed and engineered for use in wildfire and land management applications such as back burns or prescribed burning. Its design represents a brand new concept for ground ignition applications using CO2 or compressed air as a propellant and a simple electrically-driven reciprocating feed and firing system. Notably, operators can mount it on several ground-based platforms including trucks, boats, ATVs and UTVs.

The Dragon allows operators to control both the range and speed delivery of Dragon Eggs, offering variable firing speeds capable of delivering up to 40 Dragon Eggs per minute. Operators can adjust machine mounts for both azimuth and elevation, allowing them to shoot spheres up to 225 feet (70 metres) in a 180° radius.

Portable, safe and easy to use

In the past, fire ignition operators had to walk into difficult terrain with a drip torch; this exposed them to the potential risk of entrapment. Now, they can use the same Dragon Egg ignition spheres as the helicopter-deployed Red Dragon and the Pyroshot hand launcher, the Green Dragon allows operators to launch fire ignition spheres from roads, trails, control lines and other established safety zones.

Successful beta-test field trials conducted in the USA, Canada and Australia in 2009/10 with several agencies evaluating the performance of the Green Dragon. In the end, the valuable feedback we received helped towards modifications and improvements to the final product. Demand for the Dragon has been significant to date and early orders were received when the first production began in August 2010.

Today, the Green Dragon represents one of the newest technological tools for the controlled and prescribed burning community.